Elite Mobs - A New Way to Gear Up!

We recently added a new plugin to our server, called Elite Mobs. This is a fairly big step out of the ordinary for those familiar with Minesquish, as we've always tried to remain a "vanilla" server, one with little to no changes to the way the developers intend Minecraft to be played. We've decided to take a few steps to make the server more engaging and provide more to do for our players, with this all being part of the first stage.

After you acquire some gear from various monsters, you can either equip it to increase your own level, or sell it to the Adventurer's Guild! You can find the guild in the North-West section of the spawn town, Halfmoon Harbor. When selling your gear, you'll receive special coins that can be used to buy more gear, or increase your rank with the Adventurer's Guild. Higher ranks bring better loot!

We've also made some changes to the Elite Mobs monsters, including:

These changes should make the Elite monsters easier to dispose of for everyone on the server.

While adventuring in the Exploration world, you may come across some special enemies, including (but not limited to!):

Time to get spooked! Halloween 2019

The sun is setting on the small village of Rostweald... and they've invited you to take part in the festivities! Join us from October 19th, to November 23rd, as we celebrate the season of scares, skeletons, and more!

As you enter the square in Rostweald, you'll find villagers looking to trade, and plenty of events to keep you busy.

You'll find Rostweald's main attraction just North of the square, past the purpur bridge. Welcome to Spooky Golf! Play for points, and play for prizes! Each mini-golf hole is designed to give you a challenge, and maybe even a fright!

Many other creatures and ghouls lurk in the shadows, waiting for their chance to strike. Assist the citizens of Rostweald in returning these spirits and creatures back to the pit they came from and collect their treasures!

To get to the world of Rostweald, use the command /ge

It's October! Spooky builds, festive builds, and getting together with friends to solve puzzles are all part of why we love October on Indiesquish. Every couple of years, we build up a small event world for everyone to go to to celebrate the season, and this year is sure to be a blast!

We've got a minigolf minigame for you to enjoy, along with various collectibles from vendors, monsters to fight, puzzles to solve, and more! Stay tuned for details on when this world will open up to players.

To help celebrate the season, the Minesquish Buildoff will also be "Halloween" themed! The Buildoff will run from Tuesday, October 1st, to Monday, November 4th. You've got plenty of time to build something awesome!

The Minesquish Buildoff wrapped up another round recently, with our theme "No Place Like Home"!

Our winner this round was... Lime!

Lime created a well-built and well-designed home, complete with yard!

We had some great entries this round, from homes and homesteads of players' own design, to a couple of visits to the land of Oz!

It was awesome to see everyone who participated show off their building skill, and improve along the way.

Our next theme will be "Halloween", and will run from October 1st to November 4th. We can't wait to see what spooky things you build!

The Minesquish Buildoff just wrapped up it's second round since returning, and we had a few awesome builds in this theme! The theme for this round was "Nature".

Our winner this round was... av5hadow!

Av5hadow built a single blade of grass, with a drop of dew just running off the edge of the blade, along with the dirt and soil surrounding the grass.

We had two runner-ups, all who showed some great improvement and skill! Special shout-out to SuperheroAA, who knows that foxes are the best thing about nature!

A Young Fox, by SuperheroAA

It was awesome to see everyone who participated show off their building skill, and improve along the way.

Our next theme will be "No Place like Home", and will run from August 26th to September 9th. We can't wait to see what you all build!

The first Buildoff closed this last Sunday, with some awesome entries! The Space theme has been cleared from the Buildoff world to make space for our new theme.

The new theme for this round will be Nature, and the theme will run from today, August 12th to Monday, August 26th!

Go forth and build all your Nature-y ideas, from animals to scenic views, and we'll see you in two weeks!

Minesquish's Buildoff made a return these past two weeks, with a Space themed competition! We had some cool builds this round, and while judging was difficult, we've selected one winner, who will receive a copy of The Maker's Eden!

Our winner this round was... TheBlueNinjaz!

We had three runner-ups, all who showed some great improvement and skill!

It was awesome to see everyone who participated show off their building skill, and improve along the way. Keep an eye out for our next theme, released tomorrow night, August 12!

Our Buildoff is a two to four week themed challenge where players build anything they think fits into the given theme for the challenge. At the end of the challenge period, our admin team judges the build and picks a winner, who's build is moved into our "museum" area, where it will permanently stay.

The Buildoff world not only houses the Buildoff challenge, but also has two other games for you and your friends to play! To the right of the gate lies a Spleef arena, an oldschool favorite. To the left, Squishionary! Our take on the board game, one person will randomly receive and build a specific object. The first person to guess it wins!

The Buildoff World is now open to everyone, and the first theme for the Buildoff will be "Space"!

You can access this world with the chat command /gb.

While the Buildoff competition does not normally award a "physical" prize, we wanted to kick things off with a bang! The chosen winner will receive a copy of The Maker's Eden, developed by Screwy Lightbulb.

Whether you're a veteran builder looking to impress, or a new player looking for some practice, be sure to give it a shot!

It's been awhile, and we're happy to announce that our Java Edition Minecraft server, Minesquish, is now running on version 1.14.4! We are still continuing on the world of Osiris, and there is plenty of space left for building, tons of exploring to do, and lots of secrets to find! The exploration world has been reset to version 1.14.4, and features a spawnpoint close (Maybe too close!) to a Pillager Outpost for you to conquer. Be sure to post pictures and chat along with us on our discord server. Good luck on your travels!

Our discord server underwent a small revamp recently, our website was updated with this brand new blog, and we've rehashed our Minesquish whitelist process alongside it. We hope these changes improve your experience with us, and we will continue to make improvements where we can.

When we started our little Minecraft server nearly nine years ago, we had no clue what was going to happen. We've built a lot of friendships and memories over the years, and we are so thankful to everyone who has come and who continue to play with us. Here's to many more years! 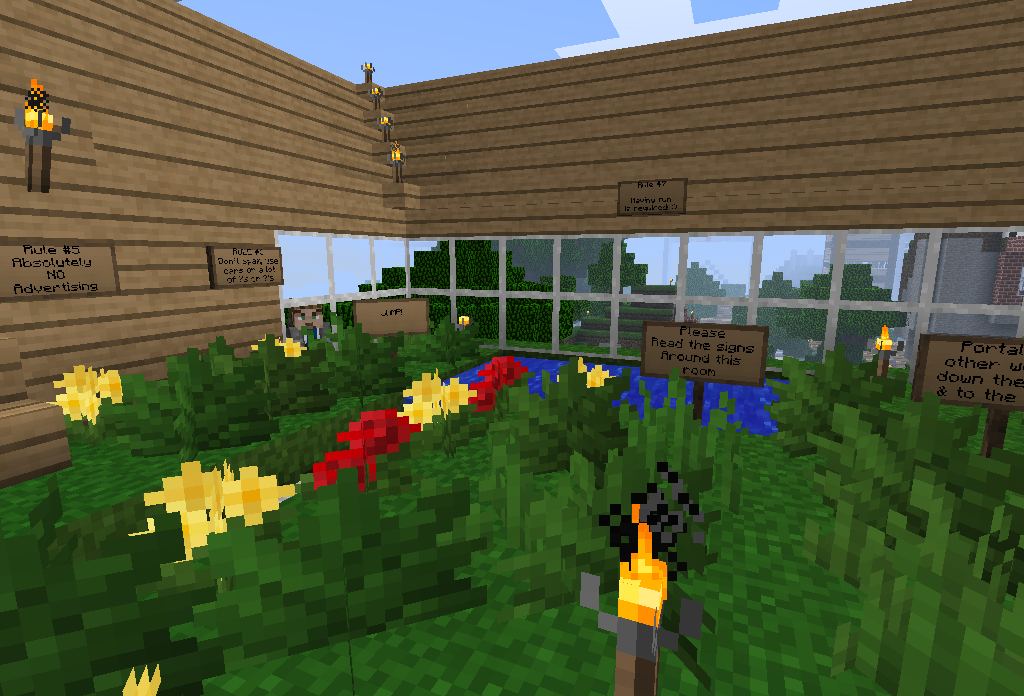